This year’s mission team traveled to Puerto Rico during spring break and assisted an organization whose motto is “Rebuilding, Restoring, Renewing Puerto.” This organization is directed by the partnership of American Home Baptist Mission Societies and American Baptist Churches USA. This reflection contains some of the most memorable cultural experiences that I had in Puerto Rico. 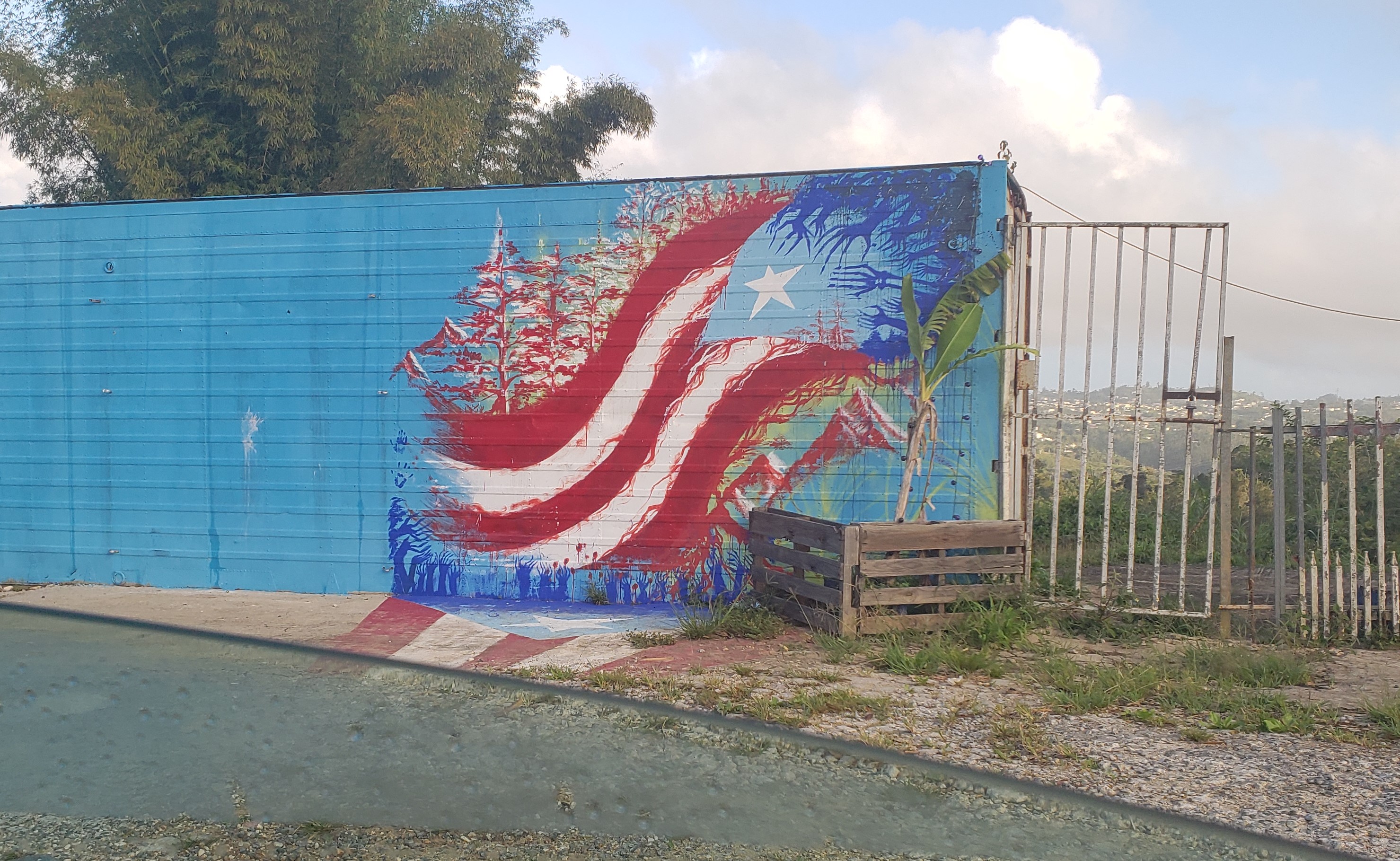 Puerto Rico, la Isla de Encanto (the island of charm), certainly held firm to its motto and embodied my cultural experience. During this trip, I realized the pride that Puerto Ricans have for their homeland and how they express their love through their culture. It reminded me of a kaleidoscope because it represents many pieces that unite to create a complex array of beauty. Everyone I met had a heart-warming charisma that welcomed me with open arms and made me feel as though I was always a part of their family. My cultural awareness grew because I was able to immerse myself fully.

Moreover, in an academic setting, I have the teacher and perhaps other classmates who can assist me; but in a “real-world” moment, I must solely trust my abilities and use them to convey a message. This certainly pushed me to speak more Spanish throughout the trip as I become more successful each time I spoke; I also attribute this to the encouragement I received from my team members and other native Spanish-speaking people. I was surprised by the sincere comments that several Puerto Ricans offered regarding my speaking Spanish. The first time that I spoke Spanish in Puerto Rico was at La Playa de Luquillo (the beach) when I went into a store to buy postcards as a memento. One of my other team members was also shopping and had just finished a transaction. She began to compliment the women’s store, but the lady quickly cut her off, saying (in Spanish) that she did could not speak much English. Because my team member did not speak much Spanish, I decided to step in and attempt to translate for her.

I internally thought, “If I make a fool of myself, I can always say ‘lo siento (I am sorry).’” Therefore, I translated that my team member was buying so many things because she loved her store. The woman’s eyes immediately lit up, and she began speaking quickly in Spanish. Unfortunately, I was only able to understand a portion of what she said; but I was able to have a small conversation with her. The memento now carried more memories than an afternoon at the beach; I will never forget the look of pure happiness on the women’s face when I began speaking Spanish. Another heartwarming moment was being able to understand the song being sung by the pastor during the church service. When I asked my youth translator if I had understood him correctly, her eyes lit up and confirmed my hopes. I was proud that my years of studying Spanish were paying off. I experienced that several other times throughout the trip, and each interaction encouraged me to speak more Spanish. I have always loved learning languages, but I had never been able to use them in this way. It sparked within me an urge to expand my listening and speaking skills.

Apart from the language, I was astonished by the cultural food and architecture throughout Puerto Rico. I, not being a fan of bananas, wrongly assumed that I would not enjoy plantains. However, I am happy to report that plantains (cooked and raw) and amarillos (fried sweet plantains) were one of my favorite foods in Puerto Rico. I had the pleasure of eating them with almost every lunch and dinner; rice and beans were also a staple of our meals. Yet, Puerto Rican rice and beans tasted nothing like the rice and beans I was accustomed to eating. It had a savory taste and a fulfilling texture that is difficult to describe; it is something that must simply be experienced. Furthermore, I relished in the fruit and sweets from Puerto Rico. The fruit was delicious, as expected, but one thing that did catch me off-guard was the richness of a mango smoothie I had. The smoothie tasted as though they had sliced mango that very second, juiced, and chilled it with a bit of ice. Perhaps, that is exactly what they did, but I was captivated by the art in the café and was not watching. 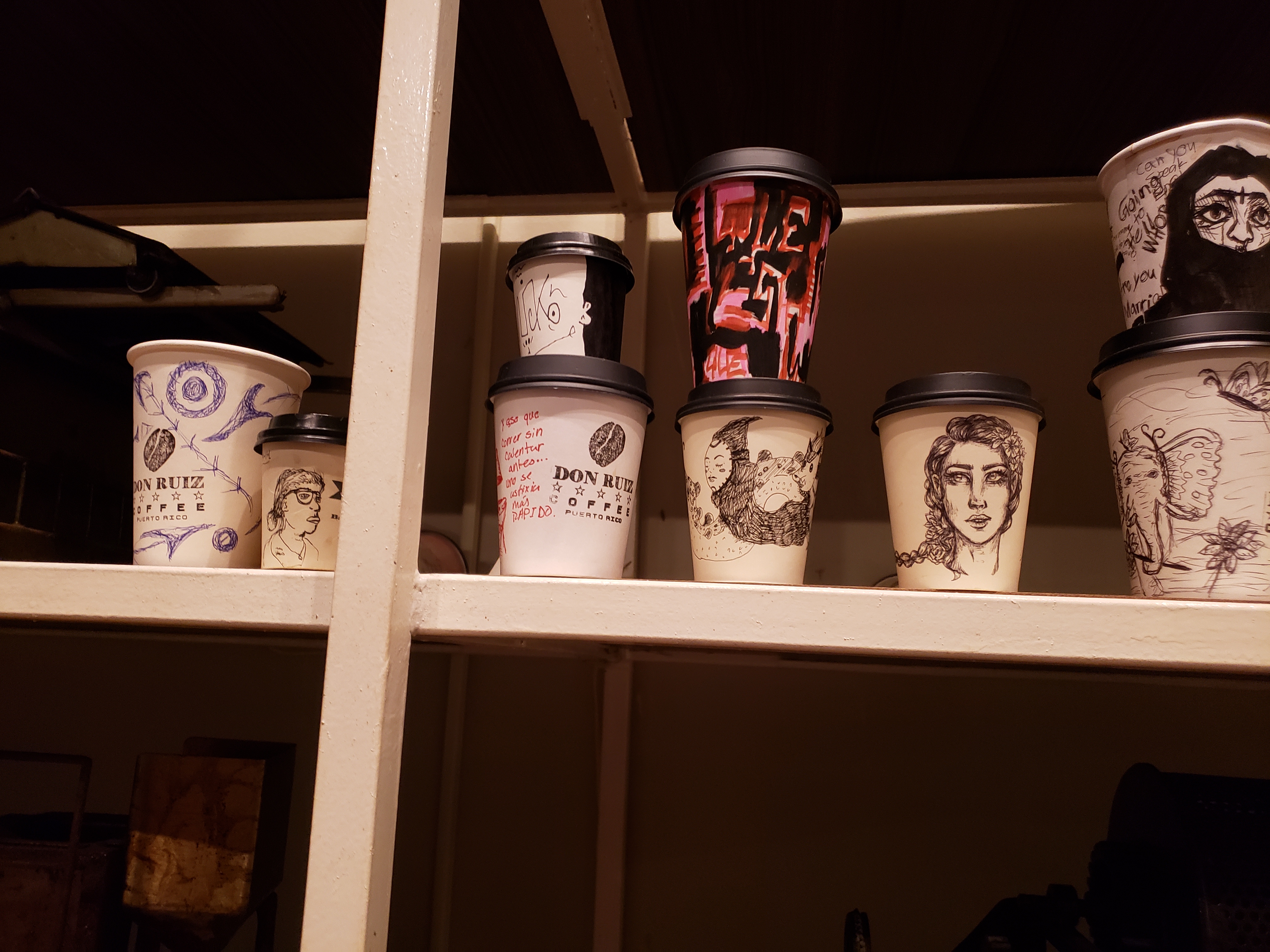 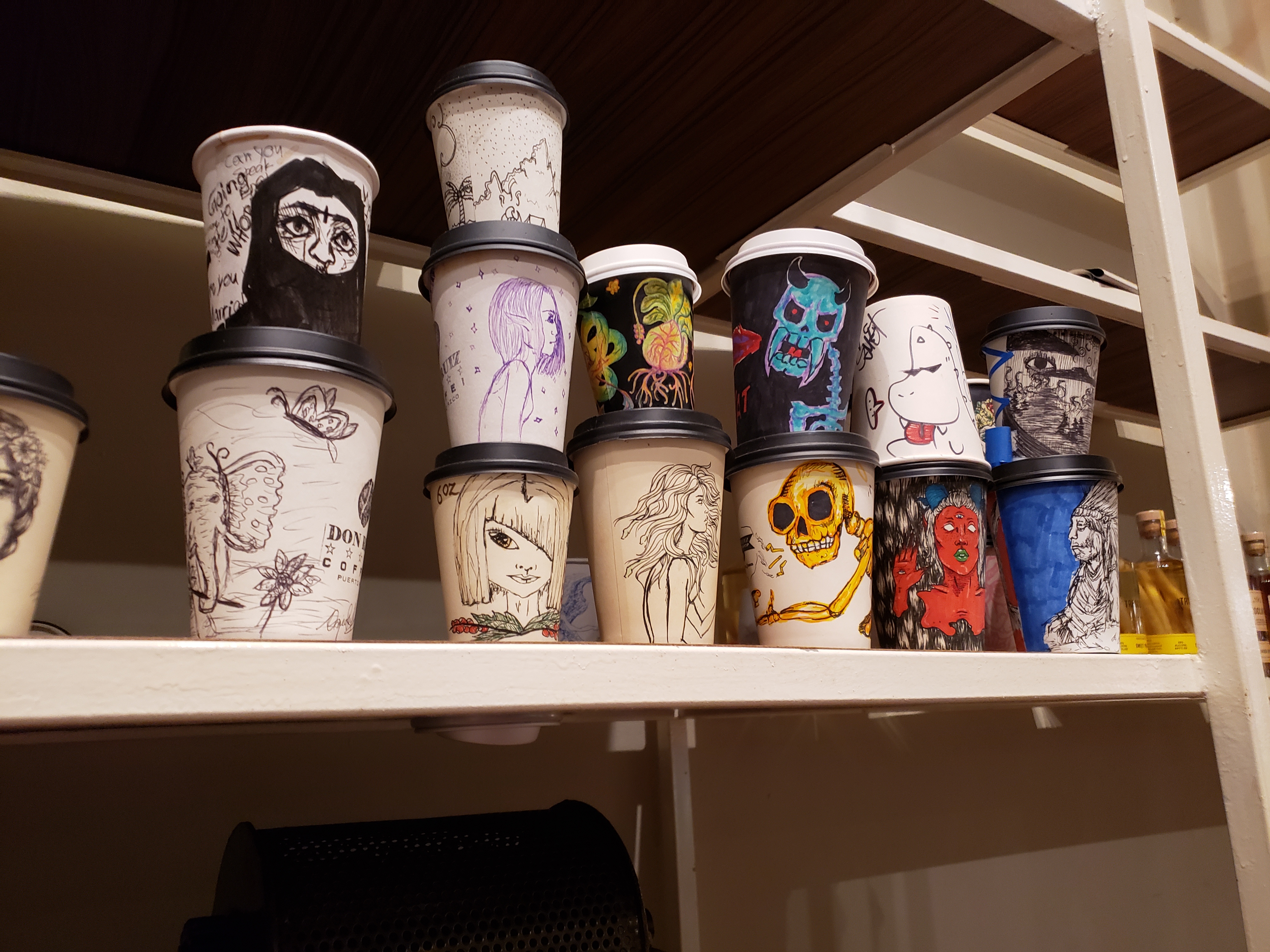 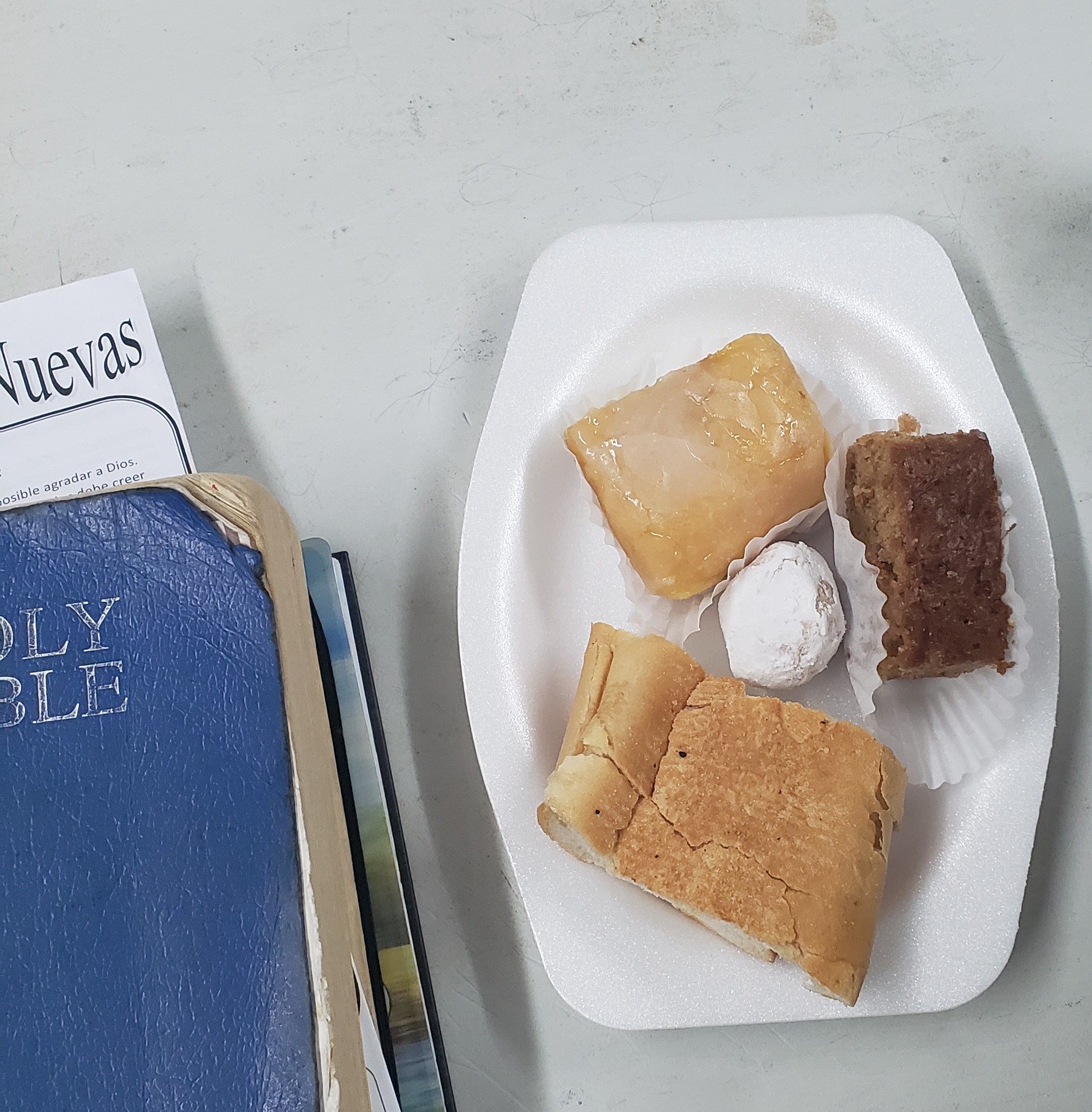 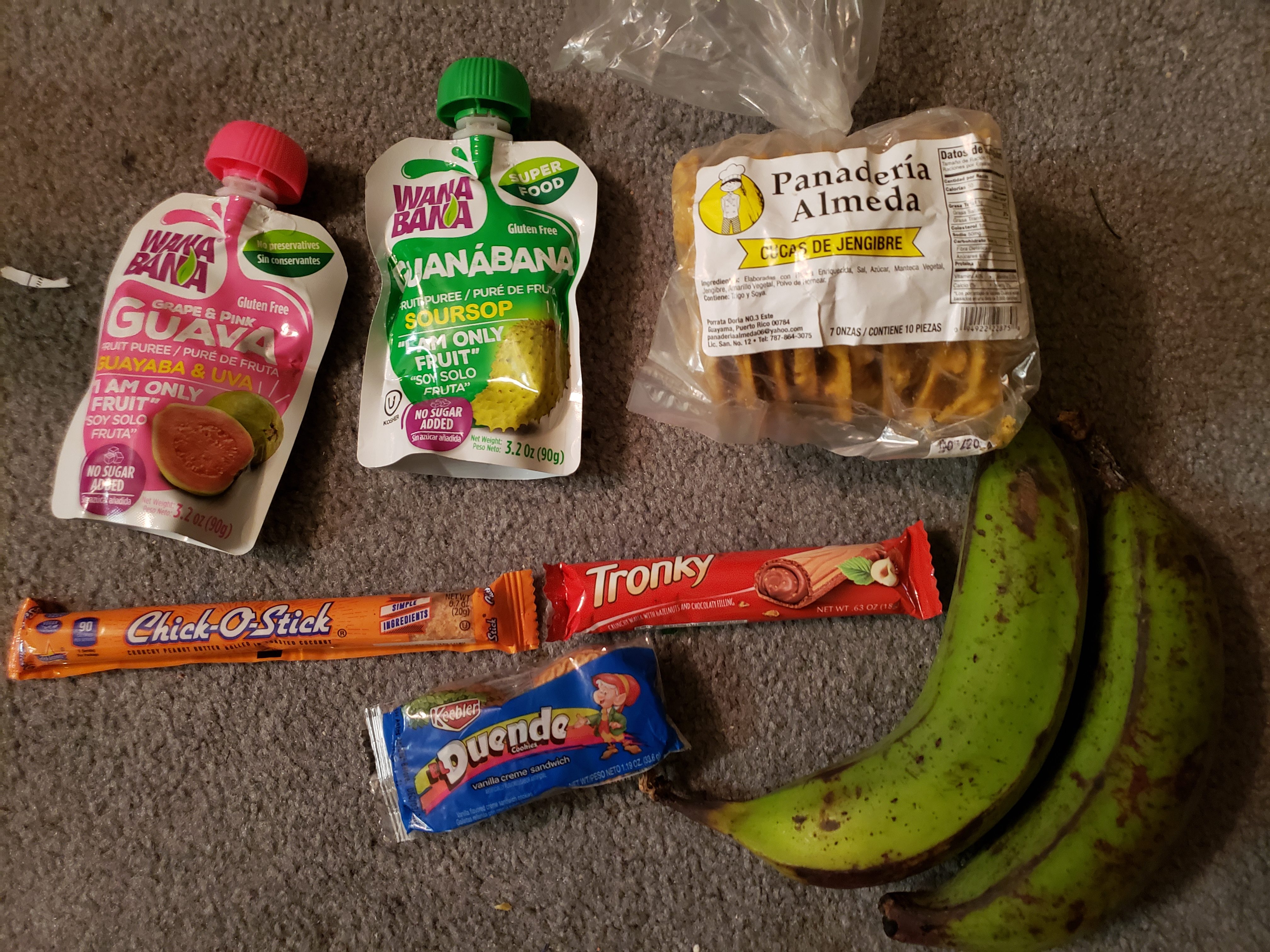 I was thoroughly surprised once again with the drastic difference in the desserts. They were not sugary; instead, they were sweet as if cream was used. Cakes were also light and fluffy instead of compact and dense. In my opinion, it was the perfect amount of sweetness; and I concur that everyone else enjoyed the desserts too. 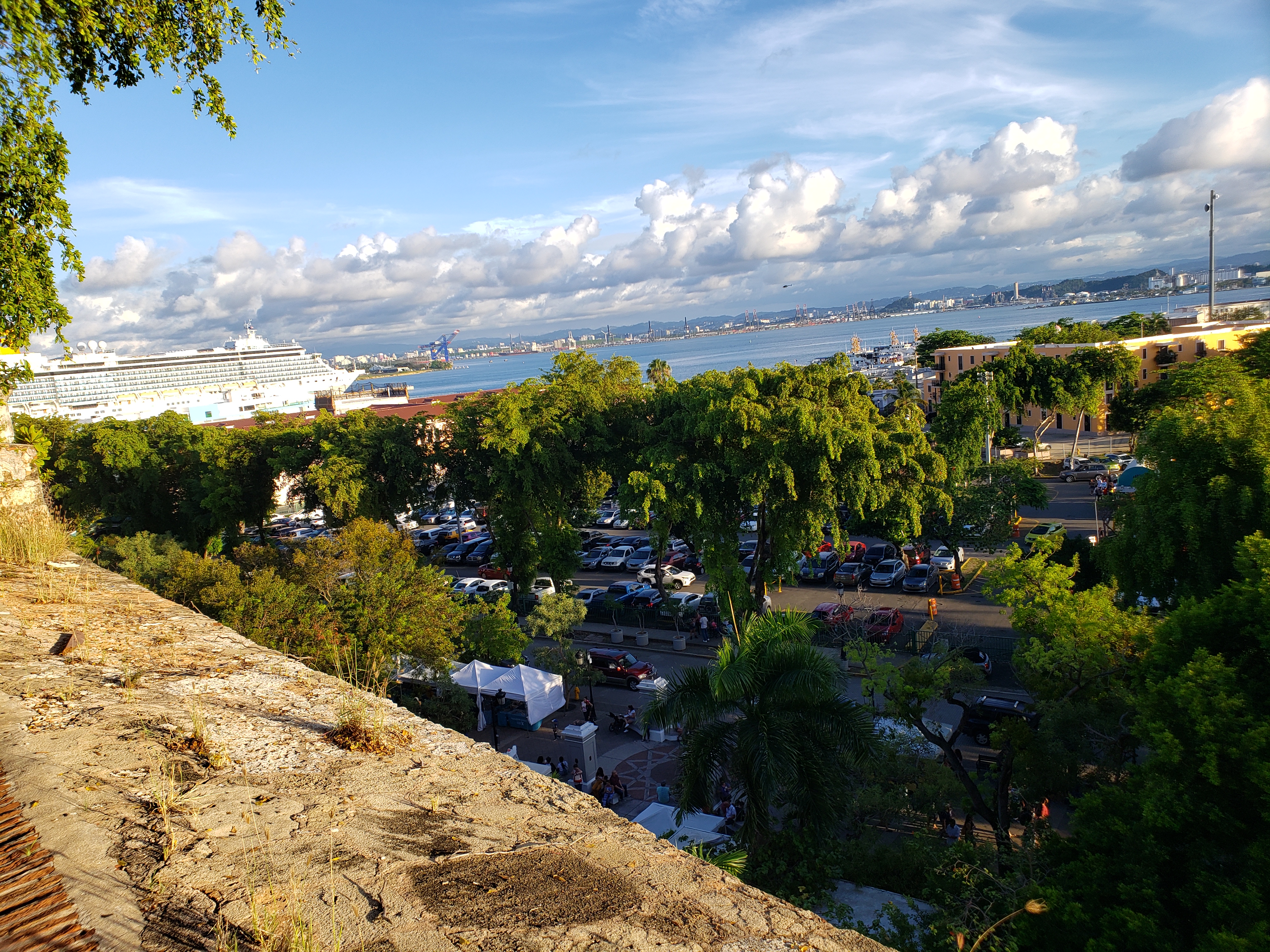 The last monumental culture experience was walking around Old San Juan and within Castillo de Felipe el Morro, commonly known as El Morro. Old San Juan (and even throughout Puerto Rico) was full of bright, colorful buildings. I began to believe that having the same color building next to each other was highly discouraged, which is quite the opposite within the continental United States. As I walked down the street, the bustling Old San Juan invited me into the festivities, whether that was shopping, listening to music, enjoying the view, or dancing. The city was alive at every turn, and I could not help but feel rejuvenated by its breath. 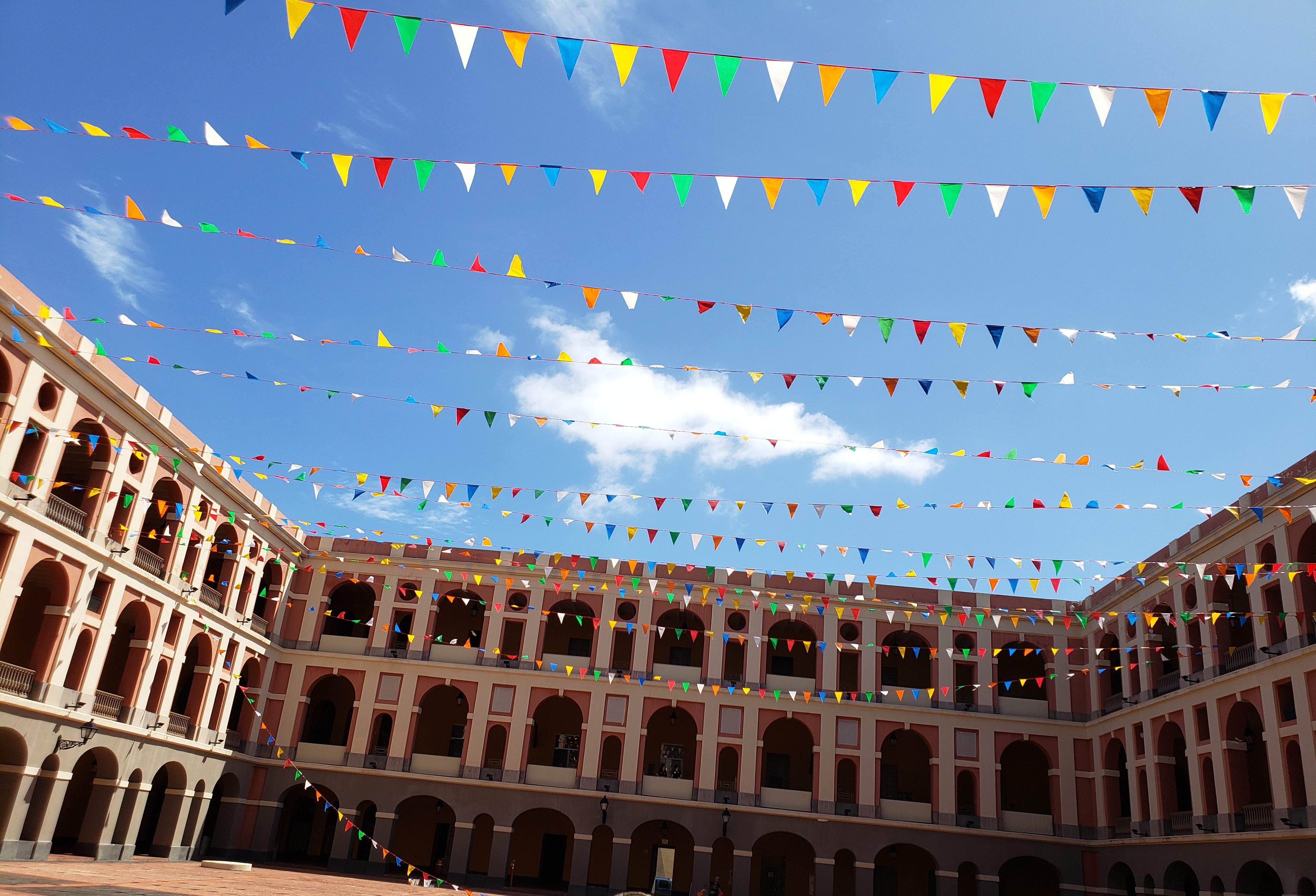 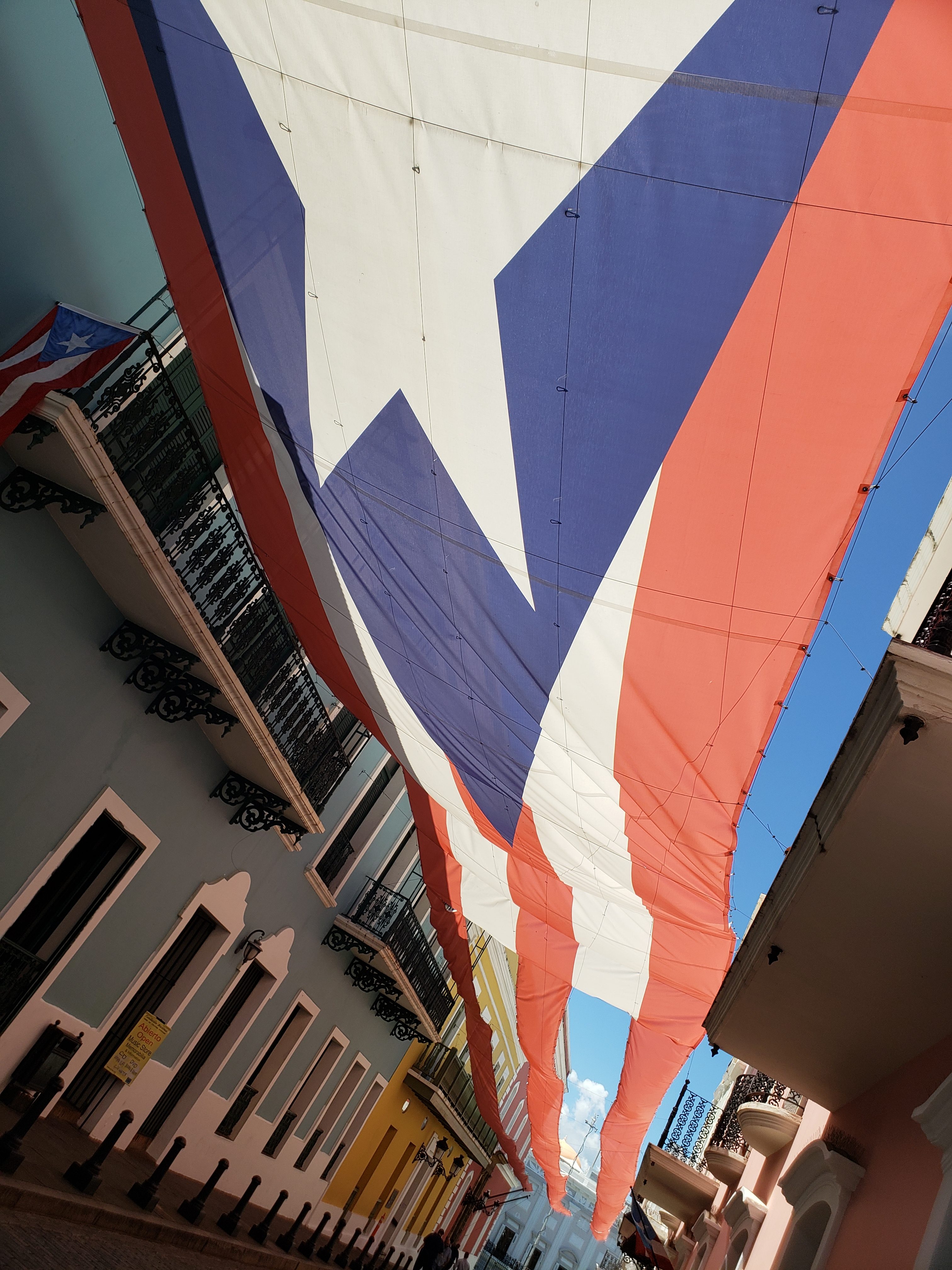 El Morro’s vast structure was a sight to behold as a history of battles and livelihood was recounted within its walls. As I walked around the fort, I felt more connected to the culture and had a solemn acceptance of El Morro’s place in Puerto Rican history. 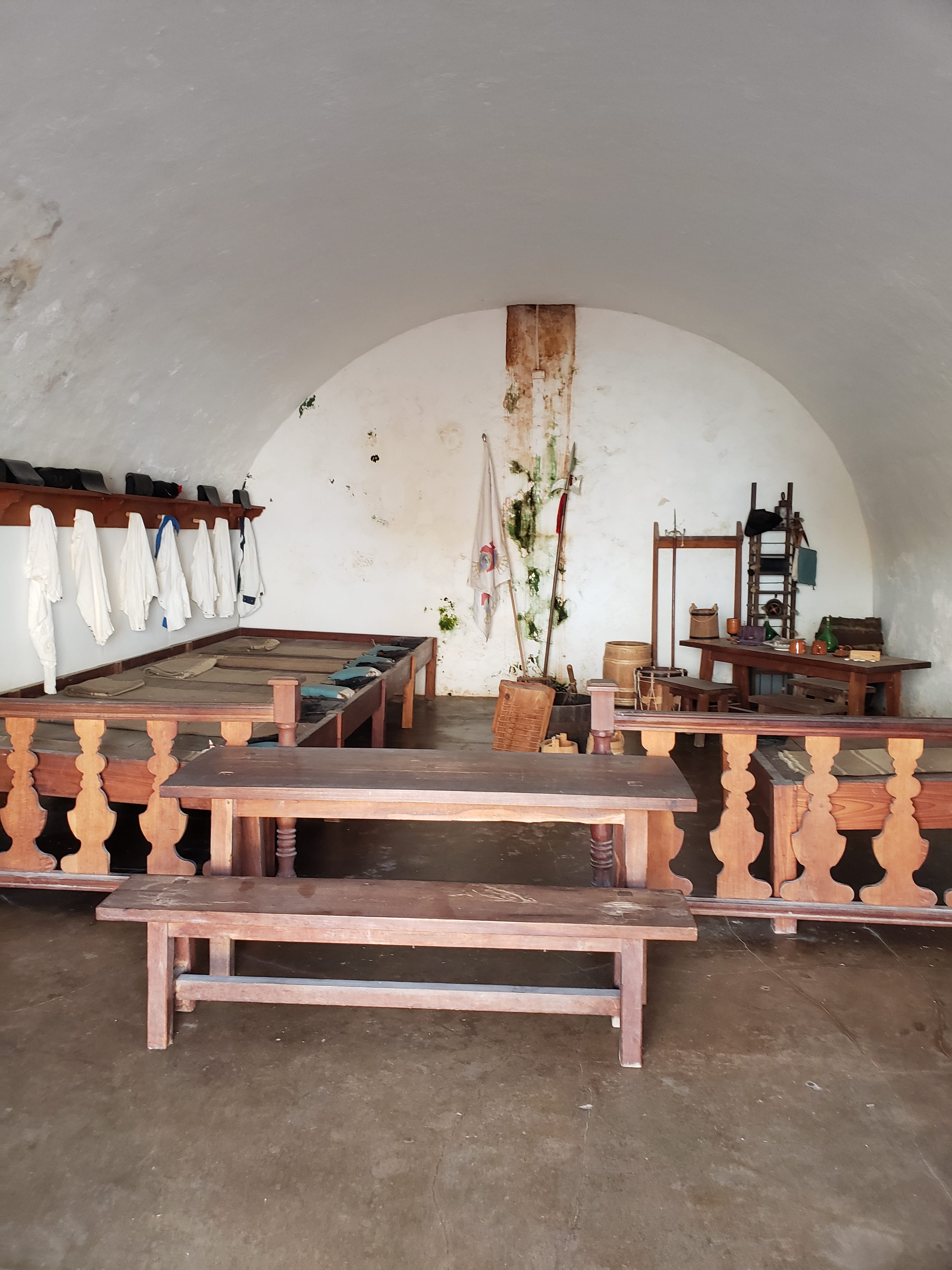 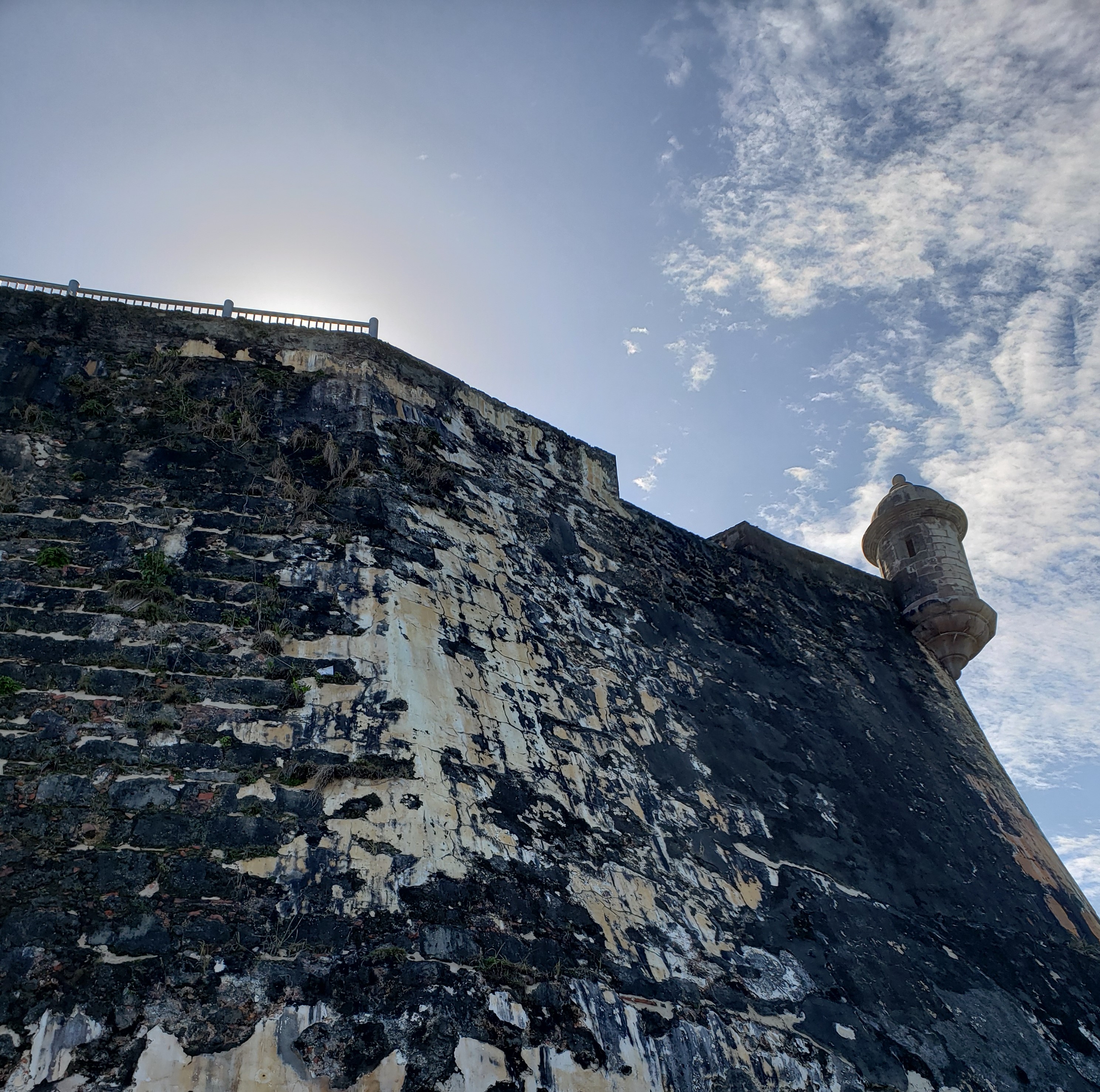 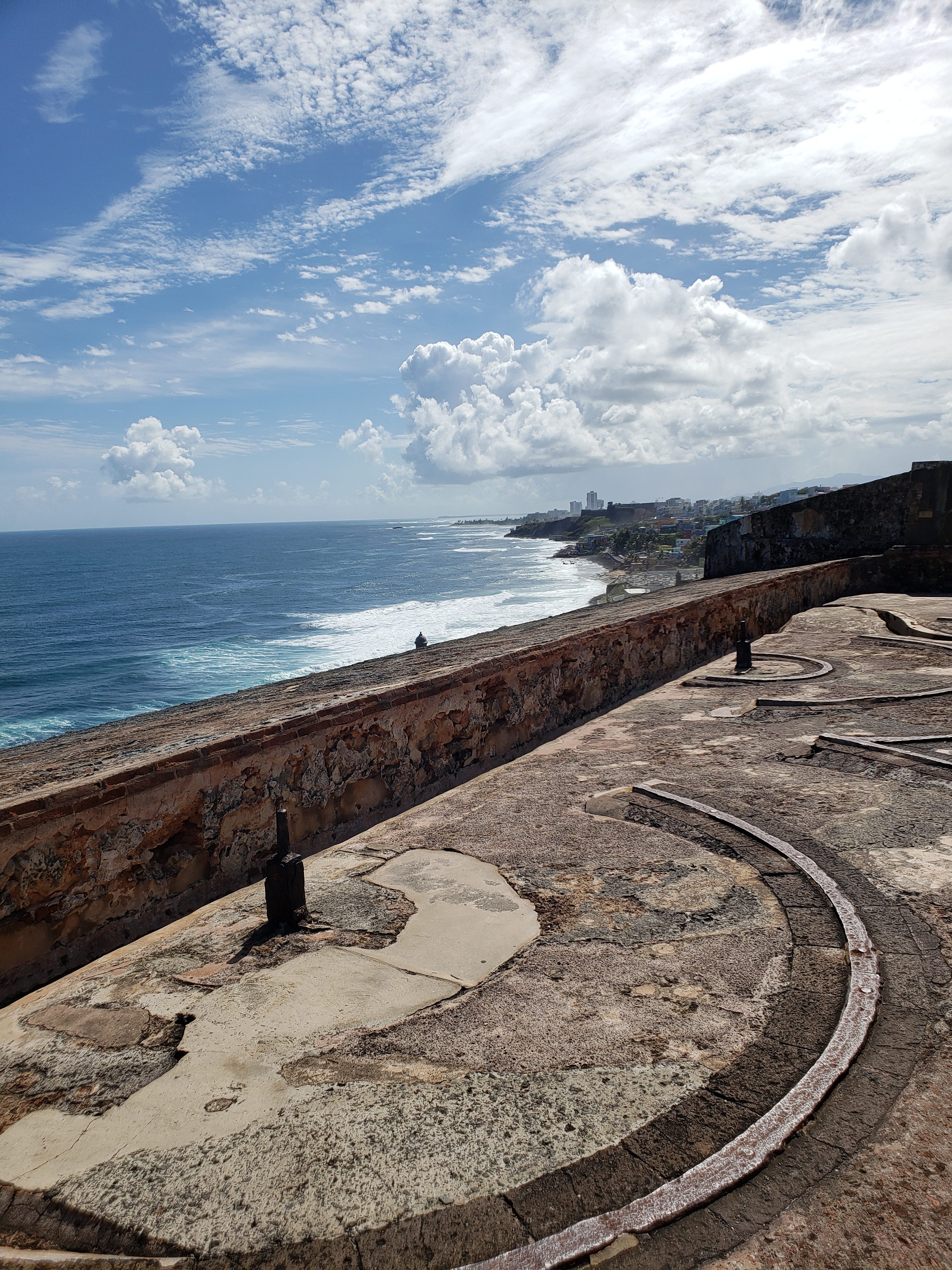 Despite my experience and increased knowledge of Puerto Rican culture, I still have much to learn and appreciate from the “island of charm,” the island that shares a space in my memories and heart forever. 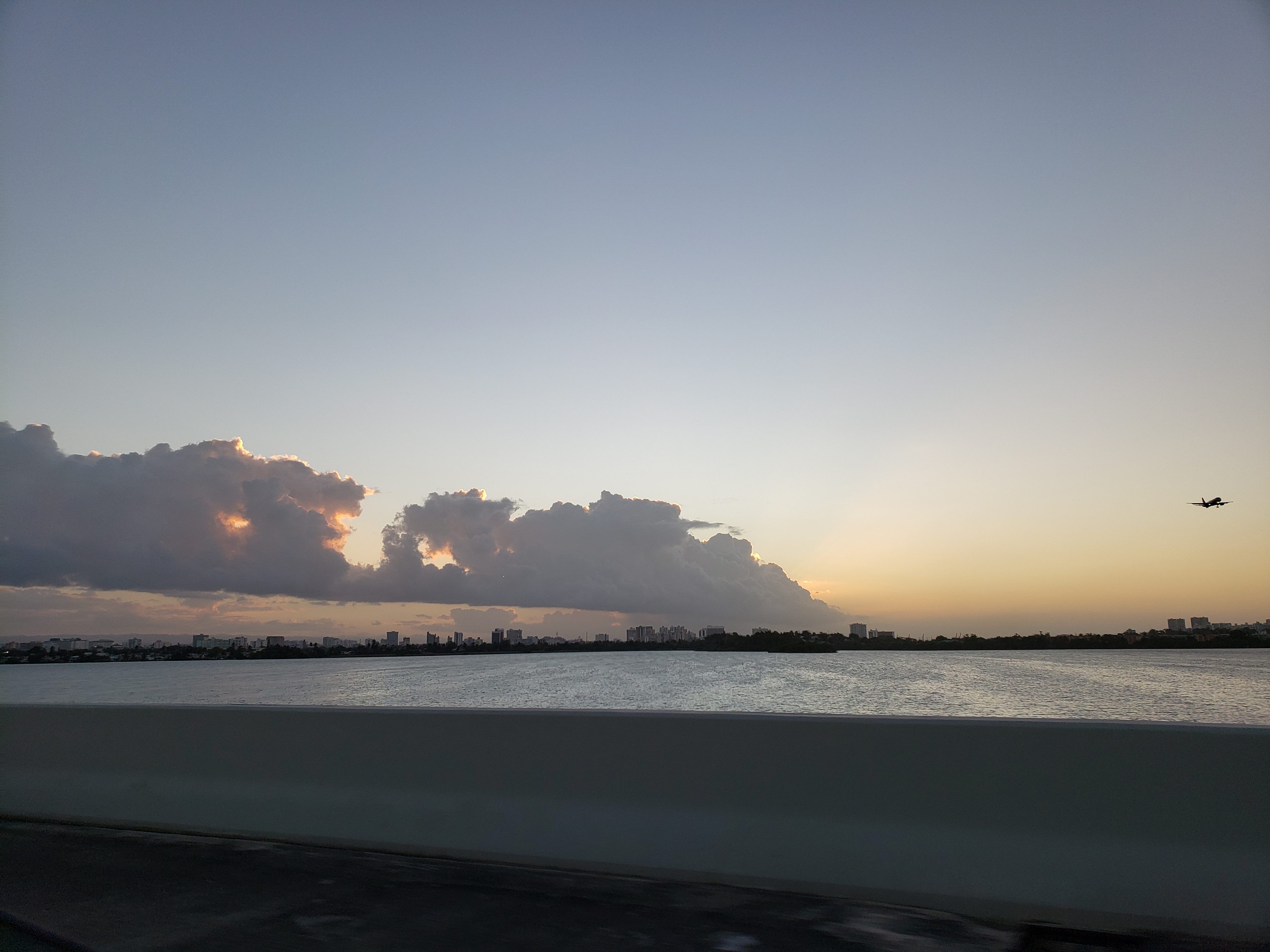